Becoming a Father: A guy's perspective

Life moves fast”finishing school, starting a career, getting married. Now, you're having a child?

There are numerous publications and blogs to help expectant mothers. But how can having the first baby affect the average guy?

Men who are having their first baby can go through emotional roller coasters just like their female counterparts, according to a May 2012 study in BMC Pregnancy & Childbirth. Soon-to-be-fathers may mask their true feelings in order to better support their partners, according to the research.

Other studies have shown that some fathers go through mental patterns similar to mothers in the post-pregnancy period”sometimes resulting in depression.

Here are a few tips to help first-time dads keep it together:

Start saving now. The Institute of Financial Planning recommends that soon-to-be parents set aside three months pay before the baby arrives. They recommend adapting your lifestyle to living on one income. This could mean not eating out as much. Instead of hitting up your favorite joint to watch the game or ordering from the new sushi place down the street, put that money in a separate account for diapers, formula and more diapers.

Pay off debts. If you've got smaller debts, like credit cards and parking tickets, focus on paying those down or paying them off altogether. If it's possible to pay off smaller student loans, do that as well.

Be ready to sacrifice”or at least postpone”luxuries. You're most likely going to have to put the Beamer or Benz on hold. And it may be a while before you can take another fancy vacation. Of course, these sacrifices are not set in stone forever after having your first baby. You can always do these things later in life. But as a parent you should know some of your plans are going to be on hold for the time being.

Be understanding...or at least act like it. Maybe you've lost count of how many times you were asked ”or forced” to run out to the convenience store and fulfill her wildly random appetite. This could be a source of frustration for many guys. But remember she is being physically and mentally drained from literally carrying another human being inside her. Also, let's not forget the labor part. Would you want to sign up for that? Okay, then go get the pickles without complaining. 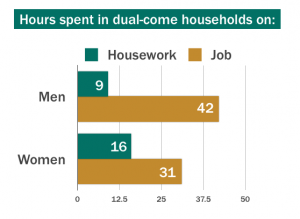 That might seem fair now, but with a new baby, be prepared to spend more time helping out around the house. This not only creates an equal balance at home, it ensures you're spending time with your family.

Initiate the planning. One of the first steps you can take is to simply think about your future goals and hers as well. This doesn't have to be solely centered around the newborn, but also could touch on topics such as health insurance and childcare options. She should not have to outline how life will go on her own. It's important to remind yourself that you're in this together.

Switch up the music. Once that baby starts riding in the car with you, you'll be listening to cartoon music, movies, and mobile apps. If you, as the father, take the initiative to do this, you may feel less like it's being forced on you after the baby arrives.

Plan to make fewer store runs. The days of you running in and out of the local grocery store on an as-needed basis are over. Become a smart shopper, look for deals and get used to buying in bulk.

Be ready for a change in your social life. It's inevitable. Sure, you will be spending more time looking after your new kid than playing countless matches of Fifa, but this doesn't mean complete seclusion from your guys. Have them come over, check out the baby, and set aside some time for yourself. If it's okay with her, of course.

How to familiarize yourself with your breasts ...

September 26, 2022 by Tayla Holman
Breast cancer is the second most common cancer among women in the United States, and the second leading cause of cancer death in women after ...
Next Post
Back to blog home

COVID-19 cybersecurity: How to pay your healthcare bill online (securely)

Breast Health - Take care of your ta-tas with these tips!

Is drinking coffee really good for you?

Why is the Flu So Bad This Year?