Can this drink increase your risk of stroke? 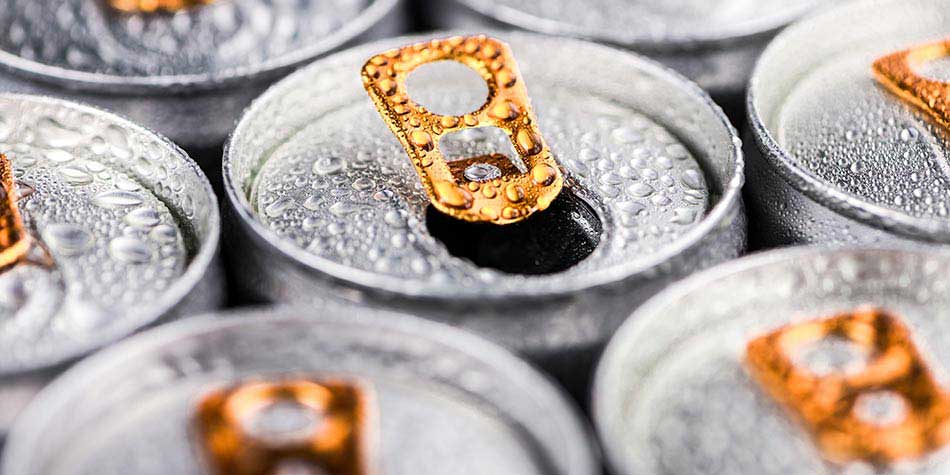 A long drive. An afternoon slump. An upcoming exam that requires an all-nighter for prep. A rainy, snooze-button-heavy Monday morning. In situations like these, reaching for an energy drink — with its punch of caffeine and other vitality-boosting ingredients — often feels like a tempting solution.

If you drink these beverages regularly, you’re far from alone — they're a popular choice, particularly with teens and young adults. It's important to know, however, that overuse of energy drinks can be accompanied by serious health implications, particularly to your heart and possibly your brain.

Discover some of those health risks associated with consuming energy drinks—including a potential connection to strokes.

They pack a wallop

Energy drinks often tout that they’re made from all-natural ingredients. Scan the ingredient list and you may see caffeine, taurine (an amino acid), guarana and yerba mate (both plant-derived sources of caffeine), and B vitamins. But just because ingredients are purportedly natural doesn’t mean they can’t also be potentially harmful.

Take caffeine. A 16-ounce energy drink might contain anywhere from 70 to 240 milligrams of caffeine or even considerably more, while energy shots typically have between 113 and 200 mg. An 8-ounce cup of coffee, meanwhile, may contain between 80 and 100 mg of caffeine, while a similarly-sized cup of green or black tea contains between 30 to 50 mg. A 12-ounce caffeinated soft drink has between 30 and 40 mg.

For reference, the U.S. Food and Drug Administration advises that up to 400 mg of caffeine per day is considered safe for most healthy adults. That means you’ll hit a reasonable daily limit after four of five cups of coffee, but you’ll get there after as few as two or even one high-octane energy drink.

All that “energy” packed into a slender can means you can enter questionable health territory very quickly. The potential effects of those other more exotic ingredients — whether they augment the effects of caffeine or work on their own — are also concerning.

In a small study published in 2017 in the “Journal of the American Heart Association,” 18 adults drank a commercially-available energy drink (containing stimulants such as taurine, panax ginseng extract and guarana extract, plus 320 mg of caffeine) and later, a control beverage containing the same amount of caffeine plus juice and sugar syrup. The results suggested that the energy drink had a stronger effect on participants’ blood pressure and the electrical activity of their hearts than the control drink.

Another small, preliminary study presented by researchers from the University of Texas in 2018 found that 90 minutes after drinking just one energy drink, participants showed worse function on a test used to measure blood vessel health. The researchers speculated that the effect may be related to the combination of caffeine, taurine, sugar and other herbal products in the drinks. Other studies have found that consuming energy drinks may increase heart rate and blood pressure.

According to the American College of Cardiology (ACC), the hazards from having too many energy drinks over a short period of time may include rapid heartbeat (tachycardia) and irregular heartbeat (arrhythmia). Some case reports have also linked energy drinks to heart attack, cardiac arrest and aortic dissection (which involves the tearing of the major blood vessel leading from the heart), though more studies are needed to prove a cause-and-effect relationship.

The picture associated with long-term, regular use isn’t much better, says the ACC, as potential effects include coronary artery disease, hardening of the arteries and reduced blood flow throughout the body.

What about the risk of stroke?

As if heart concerns weren’t enough, another potential side effect is a condition known as reversible cerebral vasoconstriction syndrome (RCVS), which results from a sudden tightening of the vessels that supply blood to the brain. As its name implies, RCVS itself is reversible, and most patients who experience it make a full recovery. But in the worst-case scenario, RCVS may trigger a stroke, which can cause lasting damage, and even death.

The exact cause of RCVS is not known, and it tends to crop up suddenly and without warning. It’s not only linked to energy drinks but is also associated with the use of certain prescription drugs that narrow arteries in the brain (such as some antidepressants and migraine medications), over-the-counter decongestants and nicotine patches, as well as marijuana and illegal drugs including cocaine, ecstasy, amphetamines and LSD. It’s also linked to certain types of tumors and pregnancy.

The vast majority of people who have these conditions or use these drugs or energy drinks will never experience RCVS, just as most healthy adults can safely consume an energy drink without suffering heart complications. But the large amounts of caffeine in many energy drinks is concerning to experts because it can lead to the constriction of blood vessels, and the long-term effects of regular consumption haven’t been fully studied.

Kids are at risk

The threat posed to kids is particularly worrisome, considering that anywhere from 30 to 50 percent of teenagers consume energy drinks on a regular basis and that manufacturers aggressively market the products toward this age group. While the recommended daily caffeine limit for adults is 400 mg, the American Academy of Pediatrics advises that kids age 12 to 18 not exceed 100 mg — an amount easily surpassed with just one energy drink.

The National Center for Complementary and Integrative Health, a division of the National Institutes of Health, notes that “a growing body of scientific evidence shows that energy drinks can have serious health effects, particularly in children, teenagers and young adults.” The ACC flatly recommends that children or adolescents should not consume energy drinks at all, owing to the potential cardiovascular risks.

And that’s not to mention the non-cardio adverse effects linked to energy drinks in adults and kids, such as anxiety, depressive symptoms, insomnia, psychosis, high-risk behavior and acute kidney failure.

Think twice before reaching for an energy drink

Should you stop drinking energy drinks altogether? This should be discussed with your doctor, who can advise you about risks given your health status and any medications you’re taking. People who are especially sensitive to caffeine or who have underlying medical conditions should be particularly cautious, as should pregnant or breastfeeding women. It also pays to closely monitor and limit your child’s consumption.

6 things you need to know about hormone therapy

August 5, 2019
Hormone replacement therapy can offer relief from menopausal symptoms like hot flashes for certain candidates. Find out if this remedy is right...
Previous Post

Can a walk in the woods really make you happier?

July 15, 2019
Forest therapy is a traditional Japanese practice gaining fans around the world. Learn how walking in nature can ease your mind and boost your...
Next Post
Back to blog home

7 worst things for a woman’s heart