The Iditarod: A family affair 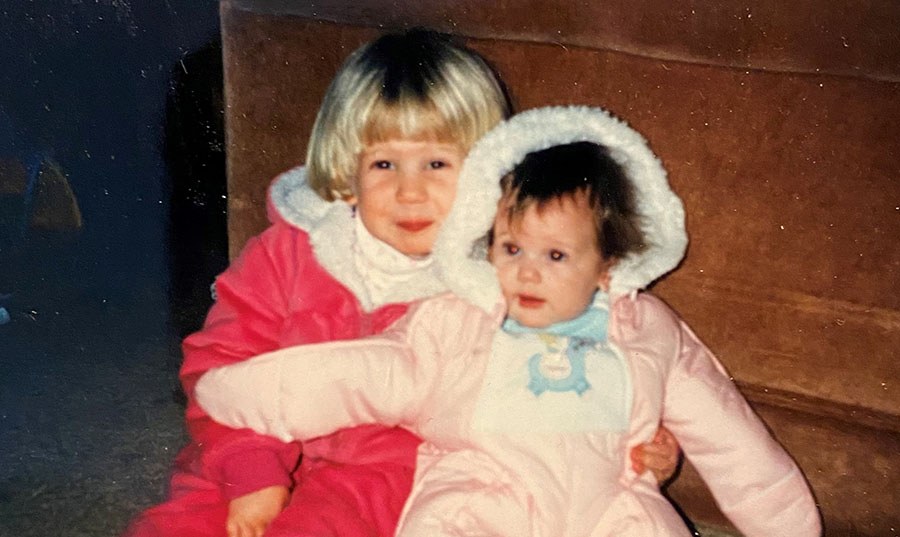 Ali Miller was born and raised in Anchorage, Alaska and has been attending the Iditarod as a local spectator since as long as she can remember. For Ali, the Vice President of Human Resources at Alaska Regional Hospital, the event is all about honoring the 49th state’s vibrant history and traditions.

But, she adds, there’s more to it than that.

“It’s a unique, ‘Alaska thing’ to do, but it’s also father-daughter time,” Ali explained. “This is one of those things that my dad and I always do together.”

Ali and her father, Alan, have a standing annual date to The Last Great Race and its ceremonial start.

“We’ve done it always. Every year of my life, I’ve always done it with my dad,” she said. “We just hang out. We talk. We usually read about the mushers and know their backstory and know which musher is coming next, in order.”

Ali was only six months old when she attended her first Iditarod in 1989. Although she doesn’t remember the event, there’s photographic evidence of ‘Baby Ali’ dressed in her infant snow suit, ready to brave the Alaskan cold alongside Kate, her older sister. Kate was three years old at the time. 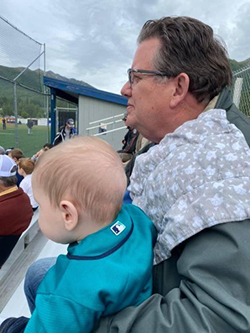 “Kate will do whatever she can to avoid winter, including leaving home,” Ali laughed, explaining that her sister now lives in the lower 48. Ali clearly doesn’t mind.

Her whole life, Ali says she and her dad have done everything together – subzero temperatures or not.

“When it’s not the Iditarod, it’s baseball and bingo,” she added, clarifying that baseball is strictly reserved for the summer months; the winter is meant for bingo and obviously, the Iditarod.

When acknowledging that 2022 marks the 50th anniversary of the Iditarod, Ali thought for a moment, contemplating what the celebration means to her.

“It’s nice to get to witness those milestone moments,” Ali said. “I guess I didn’t realize I’ve seen probably 32 or 33 Iditarod races. That’s more than half, oh gosh!”

Aside from the four years Ali attended the University of South Dakota – her father’s alma mater – she can’t think of any instance the pair missed an Iditarod. That is, unfortunately, until 2022. Alan was injured last minute and couldn’t be there.

However, 2022 marked a new tradition for Ali. She was able to bring her son, Bennett, to his first-ever Iditarod.

“He got to play in the snow, see the dogs and I just loved experiencing it with him,” Ali said, smiling.

Due to the ongoing COVID-19 pandemic, a ceremonial start did not take place in 2021, when Bennett would have been just a few months old. So, Bennett – who is now 15 months – was forced to wait a while longer to experience the time-honored tradition.

“The only thing that could have made this year better was having my dad and son experience Bennett’s first Iditarod all together,” Ali said.

She assures us that will happen in 2023. 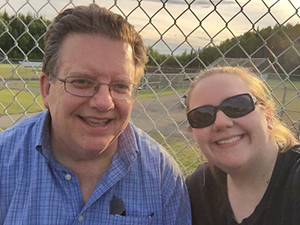 Not only does HCA Healthcare strive to #CareLikeFamily every day in treating patients, as Ali describes it, the hospital is its own family, too.

The past several years, Ali has gotten together with colleagues in Anchorage to watch the ceremonial start of the “rush to Nome” from Central Lutheran Church, located at 15th Avenue and Cordova Street. Despite her father’s absence, 2022 was no different. It’s her special spot.

“It was really nice to go do something fun with our work family. You don’t get moments like that very often,” Ali said. “It is nice to have a uniting event to cheer Matt on.”

Alaska Regional Hospital colleagues from across several departments showed up with their families for Saturday’s celebration, and many more made the drive to Willow on Sunday for the official ReStart. Although Matt doesn’t need any help when it comes to a cheering section (he has the BEST fanbase), his work family wouldn’t miss the chance to give him a proper send-off for the 1,049-mile trek he has ahead of him to travel to Nome.

The Emergency Department made colorful signs for Matt and lined them up along the ceremonial trail route and took them to the starting line in Willow. The hospital CEO, Jennifer Opsut, even managed to get a ‘high-five’ and a wave from Matt as he went on his way. 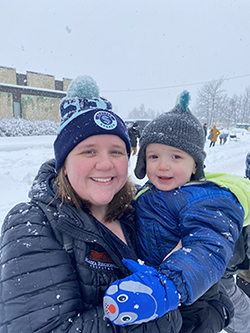 March 10, 2022
"I realize more now that we need to make the most of our moments and the Iditarod is the opportunity for me to live that spirit."
Previous Post
Alaska Regional Hospital

March 7, 2022 by Tayla Holman
Endometriosis is a common health issue for people who menstruate. It affects an estimated one in 10 people with uteruses.
Next Post
Back to blog home

Loosen up! Stretches to Try Today

A Checklist for Your Third Trimester

Why Vitamin D is Critical to Heart Health

Gas: What’s Normal and What Isn’t?

Do you need to see an electrophysiologist?